Whilst mental health is more widely understood than it once was, there are still harmful myths and stigmas attached to it.

Continuing to believe these myths, and the many others that exist, seriously hinders the excellent progress being made regarding understanding mental health. So, in honour of World Mental Health Day, we want to disprove just a few mental health myths.

This particular myth is, sadly, commonly believed, and may somewhat be attributed to the way in which TV and film portrays mental illness. However, the truth is that there no evidence to say that people with a mental health condition are more likely to commit violent crimes. In fact, it is far more likely that someone with mental illness will be victim to violence or harm themselves.

MYTH: Talking therapy either makes your condition worse, or doesn’t help at all.

The myths surrounding treatment of mental illness are aplenty, and people often have their own opinion on what does or doesn’t work. Unfortunately, there are often falsely believed ideas about the benefits of therapy, but the truth is that therapy is a helpful part of recovery for many people.

People with mental health conditions are not only capable of being successful in all areas of life, but they also very much deserve to be happy and achieve their goals. There are many highly successful people who also have experienced mental illness and have subsequently talked about their journey. For example, One Direction star Zayn Malik has openly discussed his battle with anxiety, and “Roar” singer Katy Perry has also shared her experience of depression and suicidal thoughts.

MYTH: You can tell if someone has a mental illness.

One in four people will experience a mental health condition at some point during their life, and despite the myth, it can affect anyone, regardless of skin colour, age, gender, sexuality, or social class. People with a mental illness do not look, or necessarily act, a certain way, as it is truly something that could impact anyone.

Myths such as these cause a lack of understanding, which can result in heightened fear and stigma around mental illness. Fear and stigma can hinder individuals receiving the help they need or may even lead someone to feel that their mental health condition is something to be ashamed of.

Being aware of, and subsequently challenging mental health myths is an important step in educating ourselves about what mental illness is. 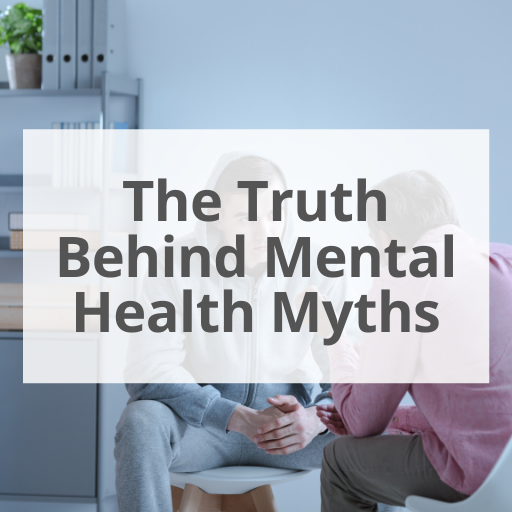 View All Our Homes

This website uses cookies to improve your experience while you navigate through the website. Out of these cookies, the cookies that are categorized as necessary are stored on your browser as they are essential for the working of basic functionalities of the website. We also use third-party cookies that help us analyze and understand how you use this website. These cookies will be stored in your browser only with your consent. You also have the option to opt-out of these cookies. But opting out of some of these cookies may have an effect on your browsing experience.
Necessary Always Enabled
Necessary cookies are absolutely essential for the website to function properly. This category only includes cookies that ensures basic functionalities and security features of the website. These cookies do not store any personal information.
Non-necessary
Any cookies that may not be particularly necessary for the website to function and is used specifically to collect user personal data via analytics, ads, other embedded contents are termed as non-necessary cookies. It is mandatory to procure user consent prior to running these cookies on your website.
SAVE & ACCEPT